When Our World Turns Upside-Down

The road of life often travels through uncharted territory.  Some see it as a personal challenge while others, often strangers, will reach out and help each other to live their life in difficult situations.  At our Home of Angels we feel that we have been called to help the helpless, especially widows and orphans, to give the personal touch, to be there for encouragement and comfort, but most of all to offer love.  As Jesus said "Whoever welcomes this child in my name, welcomes me; and whoever welcomes me does not welcome me but the one who sent me." (Mark 9:37)
Here we are twelve years later and at the point where the older children are phasing out of HOA.  Hope and Desire passed their YWAM entrance exams with flying colours to study for one year in a northern town located near the borders of Sudan and the Democratic Republic of Congo. They will be returning at the end of each term for their holidays and hopefully work for us at the end of their studies.  Thank you Joyce for providing this incredible gift for these girls.

With global warming and lack of COVID shots for 48,000,000 people, Uganda has suffered greatly but life must go on, right?  If Edwin and Precious are not on the compound, they're more than likely attending funerals.  On a good note, we've finally started constuction again; food is being planted and the sun is starting to peak out.

Edwin and Precious have found three children that would have been on their way to the streets if they hadn't intervened.  Yes, they're sick, they're scared and they don't have any idea what it means to have food or be loved by others.  Wow! are they in for a surprise.  They're currently getting medical checkups and when approved by our doctor, they will enter our gates.  There's always the fear of having to leave another home but they will realize in time, this family will love them and leaving is not in an issue. 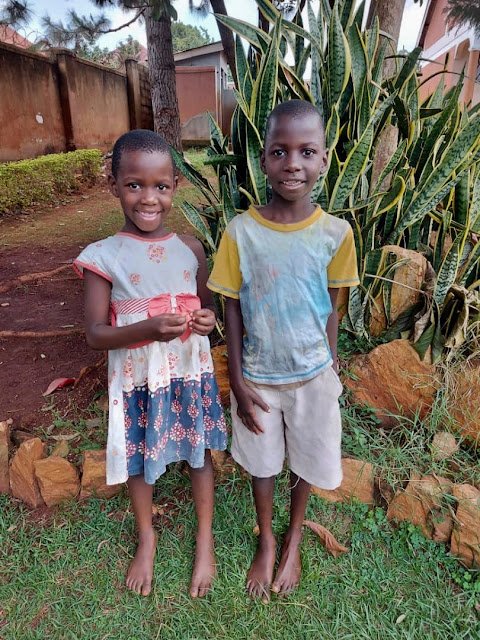 Meet Jeremiah and Remma his twin sister.  Their mother was mentally challenged and raped.  She delivered both children on the streets of Jinja and disappeared immediately after giving birth. The father is unknown, so the police took both babies to an orphanage.  That orphanage closed five years later due to lack of money, so a village leader took both children into his home with five children of his own.  When Precious found them, they were naked and had nothing but each other.  In all her compassion, she brought them to Home of Angels to feed and clothe them.  The village leader was finding it difficult to provide for them, so with recent permission from our probation officer, we have been able to bring them into a real family who were waiting for them. 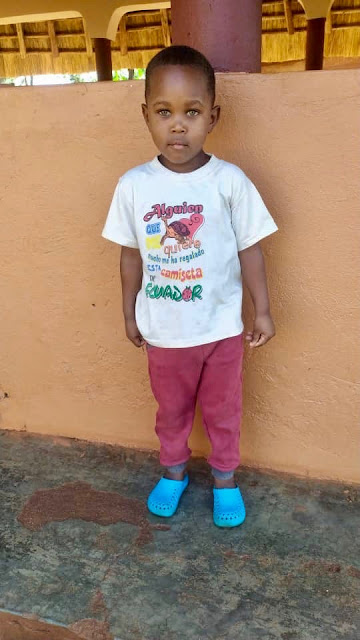 Meet little Andy.  He had been given birth in a hospital, but immediately when his mother saw him, she was terrified and ran.  His eyes were an abnormal white colour and she saw only cat's eyes.  This relates to "albino" and in these countries this is very dangerous for children and adults.  We have since found out that he has "ocular albinism" meaning only the eyes are white. His elderly grandmother took him but she already had eight other grandchildren and couldn't feed them.  It was then that we decided to start the paperwork in order to give him a home.  Because he was never given a name, they called him "Andy Gwhite" because of the colour of his eyes.  Edwin and Precious really felt he needed protection and a whole bunch of love. 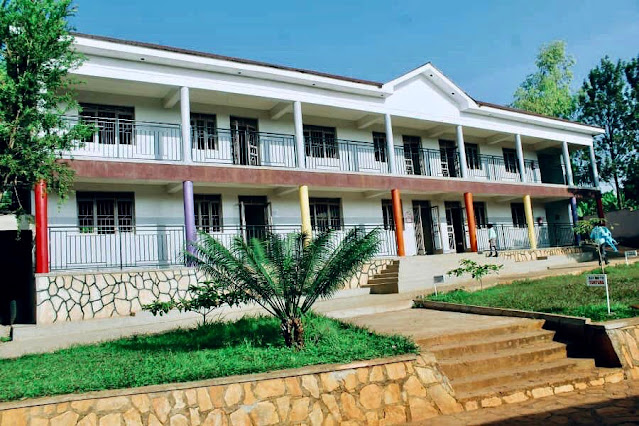 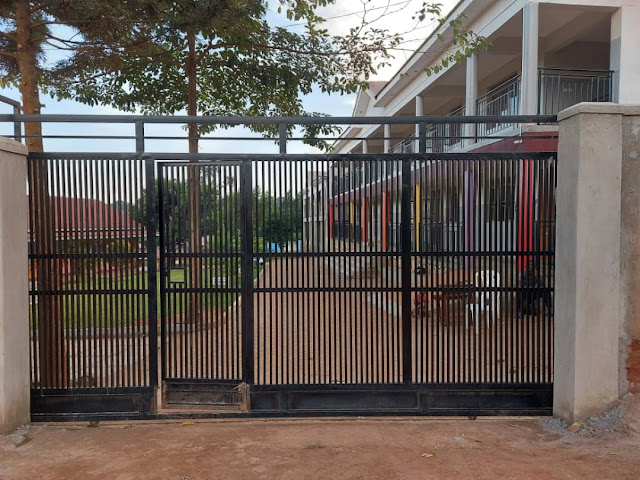 Our new gate to the school 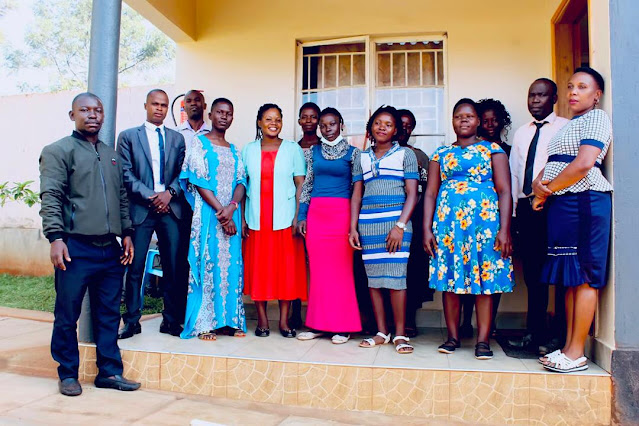 Schools have finally started but it's sad that only two schools in our community were able to open their doors.  HOA and a Muslim school.  Throughout the two years of COVID-19 closures, teachers and owners had to find work elsewhere to survive.  We were able to keep our qualified staff because of an amazing family that built this school.  Ptarmigan Family Foundation cared enough to continue the support for their school in hopes that we will eventually be able to run it on our own with student fees.  It's our aim to be self-sustainable and this will really help us to get there.  Thanks to this wonderful family. 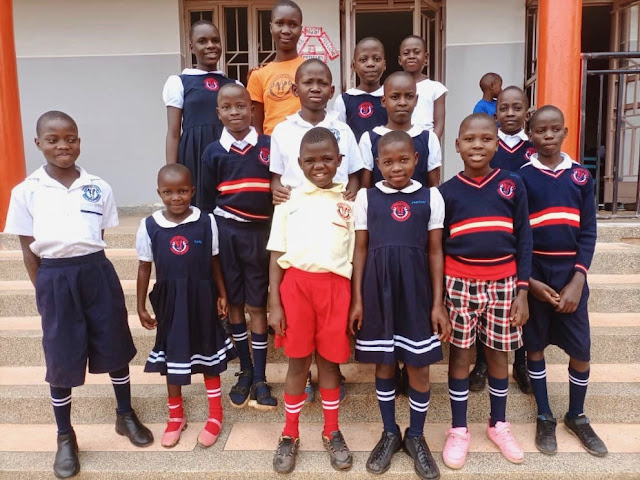 For the sponsors... can you find your child?  You might not recognize them because I can hardly identify them  from being gone for two years.  All I can see now are beautiful smiles, but I remember when they came through our gates so scared and hungry.  These kids have learned so much living at Home of Angels and we are convinced that one day they'll go out into the world making a difference. 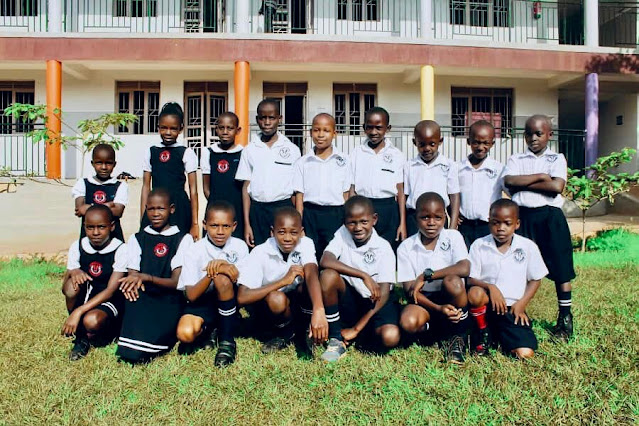 There are currently 101 enrolled students going to Ptarmigan primary school.  Parents that can afford schooling are bringing them from all different areas of Uganda and finding them housing for each term. 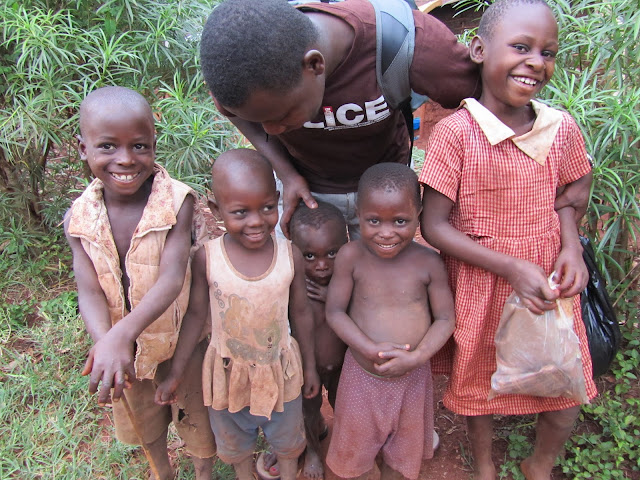 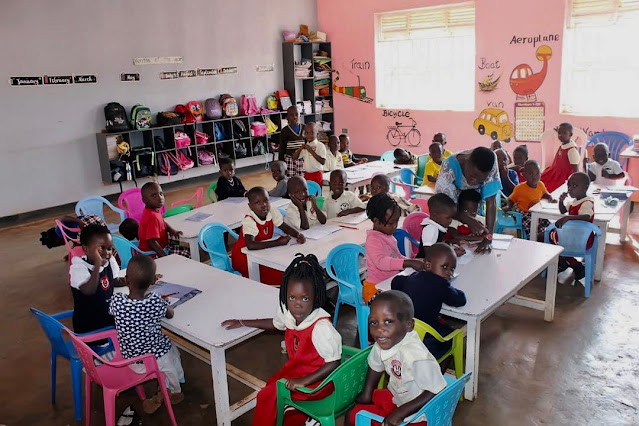 Nothing is impossible because here they all are, dressed in a real school uniform and learning to speak English.  These children are from very poor families that live all around us.  Every day they've watched the other kids coming to school but never dreamed they would have the same chance.  Can you imagine how proud they are?  This is just one of the reasons why our community cares so much for us.  They know how much we've cared about them over the years also.

No matter what's happening in our troubled world, we choose to smile and get on with the growing pains.  We know that God is in full control and He won't be letting us down until we finish.  Thanks to everyone for following our story and helping us to help these children and the many suffering around us.