We are all made weak in a variety of ways.  When we've suddenly lost something that was dear to us, our strength slowly leaves us.  In times of fear or worry, we find ourselves weak in spirit, or just getting old like I feel sometimes and we are reminded of our feeble bodies.  No matter what the situation, God always reminds us of our deep need for Him.

Edwin was reminded of his deep need just this week when he underwent an MRI, followed by an immediate surgery.  That was his time of fear and worry, but with his deep faith, I know he will recover and be the better for it in the future.  Right now, I would like to be his voice and use this blog to thank the many people who prayed for him.  He is recovering at his fiance's family home in Kampala and told me he is "putting his tools down" until he's healed.  David, his brother will be handling all issues until Edwin can get back on his feet.

We recently admitted 3 more little ones into our Home of Angels from the abandoned orphanage.  This makes a total of 7 children to date with 13 more to come in the near future.

We also have a new nursery school donated by the Tsawwassen Rotary Club.  It will be completed and opened in time for the start of the 1st term in February.  This is the first building where our 33 children under the age of 6 years old will attend.

In 2019, we intend to open a second building with children from the outside community.  Many parents are wanting their children to attend.  Our dear friend Rachel, a student at UBC, not only raised money on GoFundMe but also baked and sold banana bread for Christmas fairs to finish the construction.  Thank you Rachel. 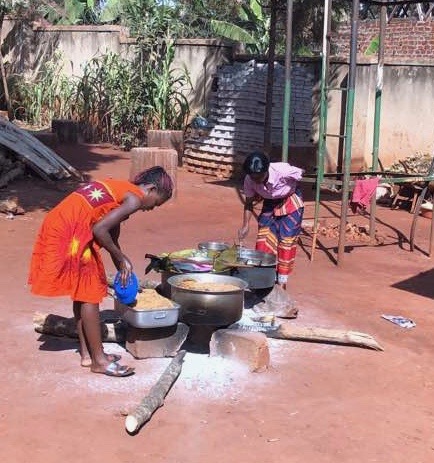 Aunty Joy and Aunty Jennifer hard at work preparing Christmas dinner for our 45 kids to enjoy. 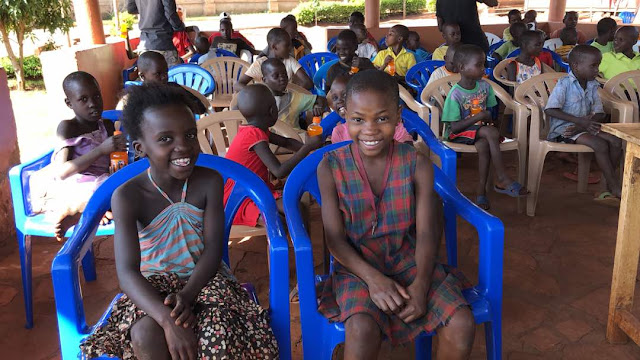 Sam and Sula passing out the sodas before the food arrives. 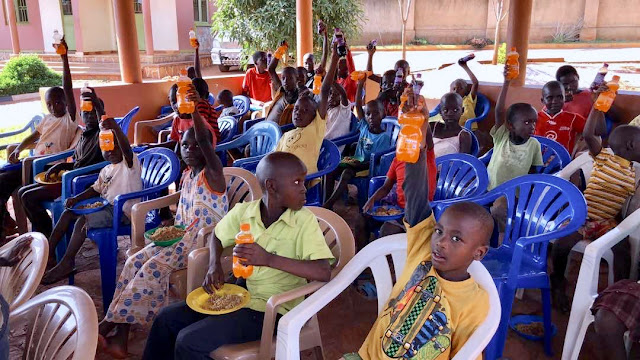 Each year we invite the community children for Christmas dinner, but this year we decided to have only our new family of 45 children attend.  They may not all be living with us at the moment, but it won't be long.  We felt it was important for them to bond as a family at this special time of year. 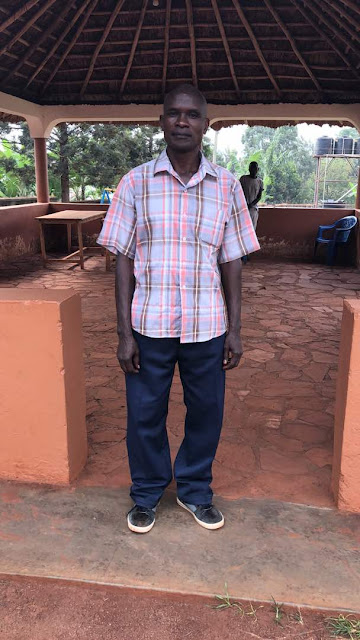 Meet our new guard, Richard.  He's come from the north of Uganda and is doing a good job of protecting the compound and helping the aunties with the children. 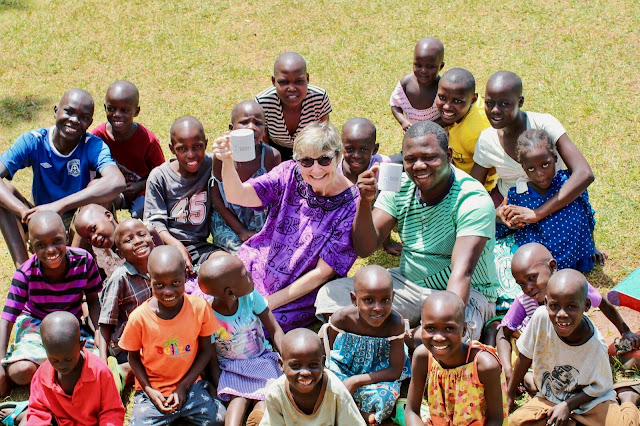 Apologetics Canada and Power to Change filmed for the Human Project series at our Home of Angels in 2017.  This film will be released on March 2nd and 3rd of 2018 at the Apologetics conference at Northview church in Abbotsford.  I was told to bring a box of kleenex to watch it so I'm really excited, but know I'll probably break when I see our kids in acting mode.  It was a surprise for us too.  They're also selling the "Human Project" mugs online to raise money for our home.  What a blessing. 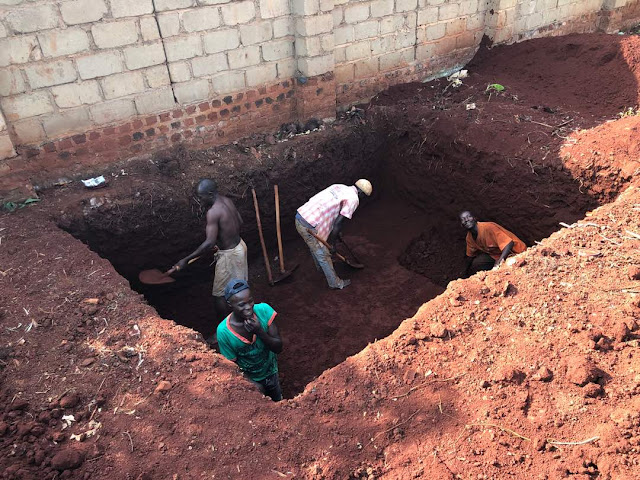 Thank you, Stephanie, for all the hard work you did by baking banana bread for 30 days.  Stephanie and her helpers raised enough money to put in the septic, sock pit and the latrine for our new nursery school. School starts in a week and the men tell us it will all be completed by then. 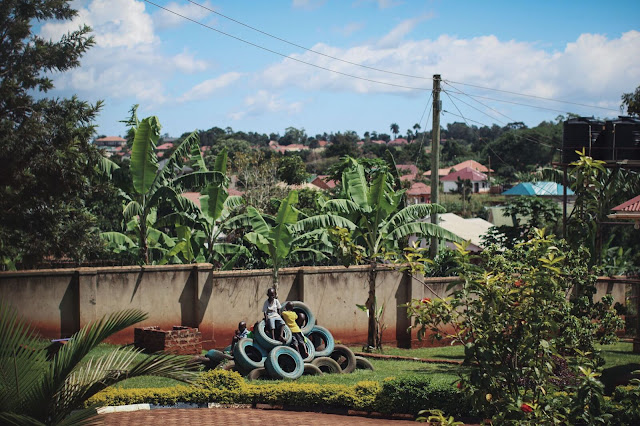 When we started in 2009, this was all banana, mango and papaya trees.  There were only a few houses, but very few.  In this picture, you can see the growth over these nine years which includes a hospital and large school.  Beside the telephone pole, is our farm compound where our new nursery school is located.  Picture of opening day to follow on the next blog. 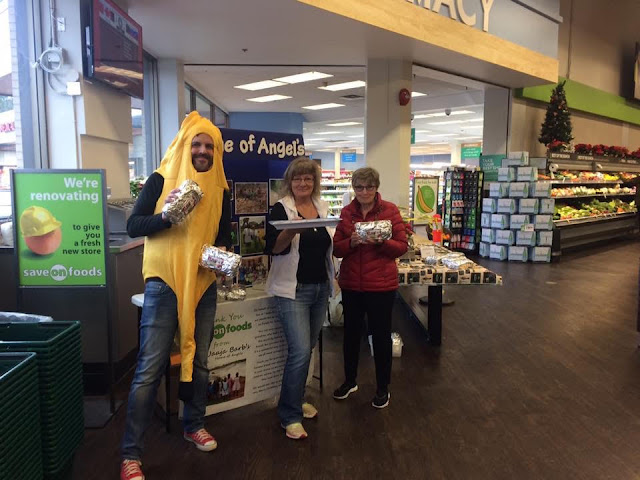 Let me introduce Rob, the manager of a Save on Foods in North Vancouver and my trusty promoter of banana bread, Roma.  Between the two of them, we sell out in hours.  Rob dresses in his favorite banana costume and greets everyone while Roma passes out samples to the customers.
What a team..... I only need to stand and smile. 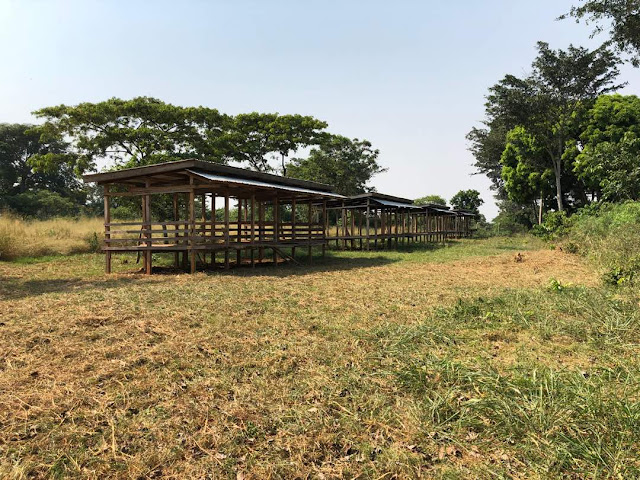 We have a wonderful friend Thomas in Hong Kong who purchased a few goats for us in 2014.  We named it the "Chew Project".  We took them up to Malindi village where Edwin's father and his community friends raised them.  Today we have 325+ goats that we just started selling on the international market.  Sheds have been built to control disease and for separating the males, females and the babies. 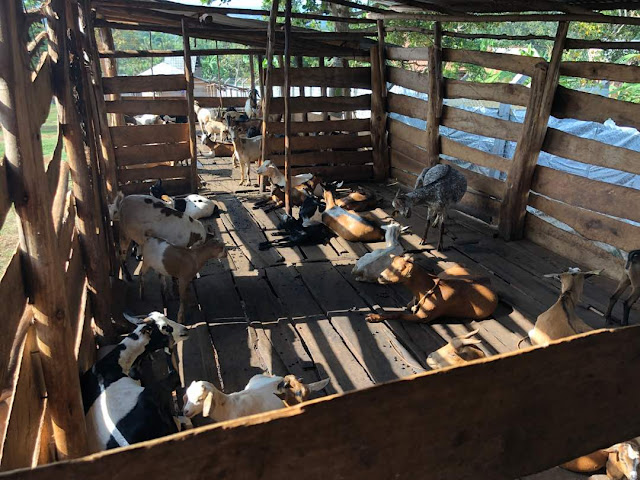 It was difficult to get good pictures because we had to hire someone to go into Malindi by boat and take them.  The roads are either washed out or so dry, you can't get there very easily.  We are hoping to go early June and will capture good pictures to show you how large the "Chew Project" really is. 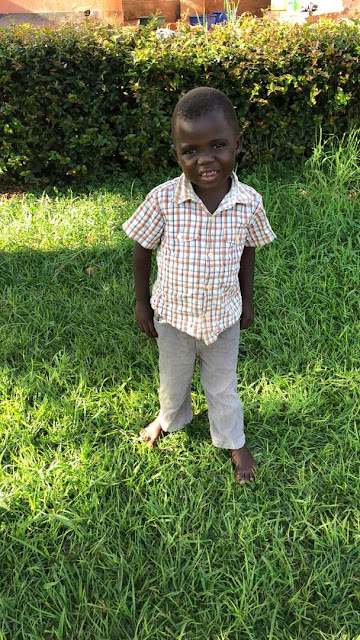 Meet Yiga, one of our newest children.  He's 4 years old but very small due to the tragedy in his life. 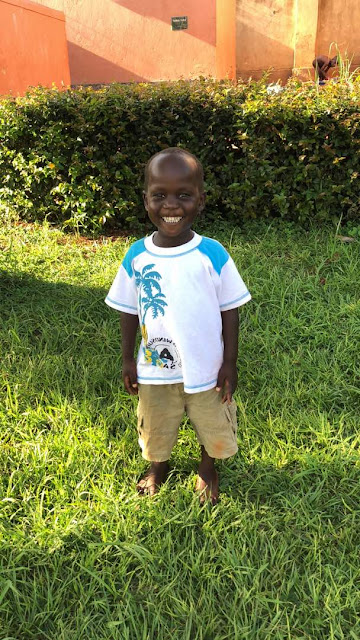 This is Sam, another new brother who is 4 years old.  Sam was left to fend for himself at 2 years old.  He was abandoned and now abandoned again. It will take a little extra work to make him understand we will never leave him.  Hard to believe what he's been through with this beautiful smile. 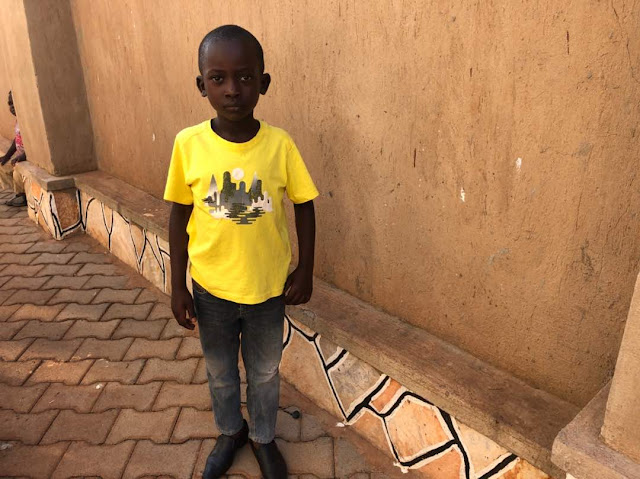 Meet 5-year-old David.  This little one has never had anyone in his life.  His parents died when he was a baby and who knows what happened to him after that. All we want him to focus on now is that he has a very loving family who cares for him very much.


These kids have really come from difficult places, but we know in time they will also come out of their shell as the others have and understand that God and all of us love them very much.

I would also like to remind everyone that if you want to donate to us online, you must use this link below.  Kuwasha (KIDS) has been kind enough to connect us to their website but you must go to the following link as it identifies our Home of Angels account.


Thank you so much.