I arrived back into Uganda a few days ago to find everyone in our Home of Angels well and happy.  Lots of hugs and chatter about school, their "Angel" family and what they've been doing to help the less fortunate.  It's been devastation for many in our community not having rain for 10 months and this was the reason I left for home in January....to find help.

Acts of kindness were shown by so many of you and now, 4 months later,  I was able to come back and show the people that God and the world had not forgotten them.  We recently hit clean water in the 2nd bore hole and both aquifers are very large.  Edwin has also found another area deep in the bush where the 3rd bore hole will be drilled and I will have the opportunity to witness this one.

Then, to add to their desperation, the rains recently arrived with a vengeance.  Most of the roads, crops and our local food market were washed away.  Homes collapsed everywhere and currently the people are faced with starvation, where in many parts of Uganda, they're eating only terminates.  Again, you showed your kindness to help them with bean seeds and enough for many families.  If the people do not have land to grown these seeds on, Edwin has had the opportunity to change them to either posho or rice.  The children also play a big part in this story.  They will never forget the fear of experiencing hunger and have asked us if they can participate in distributing food too as "God's Little Angels Ministry". 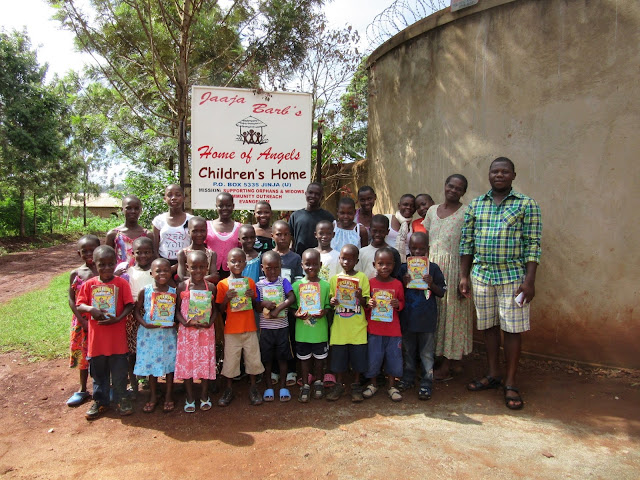 Aunty Joy, Edwin and the children in front of our new Home of Angels sign 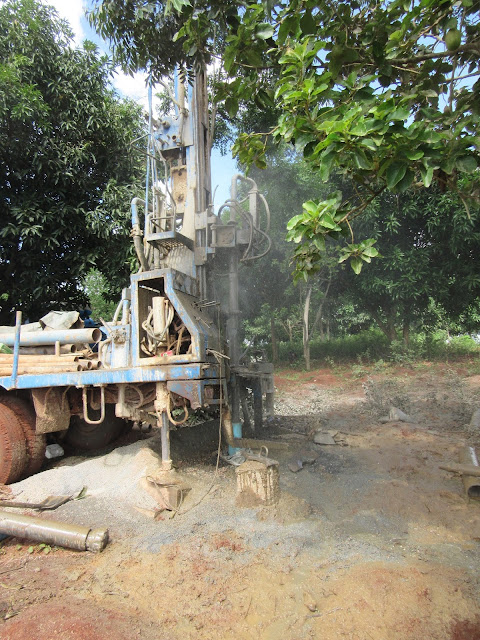 Bore hole #2 brought in clean water on the first day I arrived to Uganda so I was able to witness the children's excitement.  The drillers are saying this bore hole is very big and water will come for an eternity and estimate 10,000 people will benefit.  Thank you Ptarmigan Foundation for your kindness in helping these people.  This is a huge gift and everyone is very grateful to you. 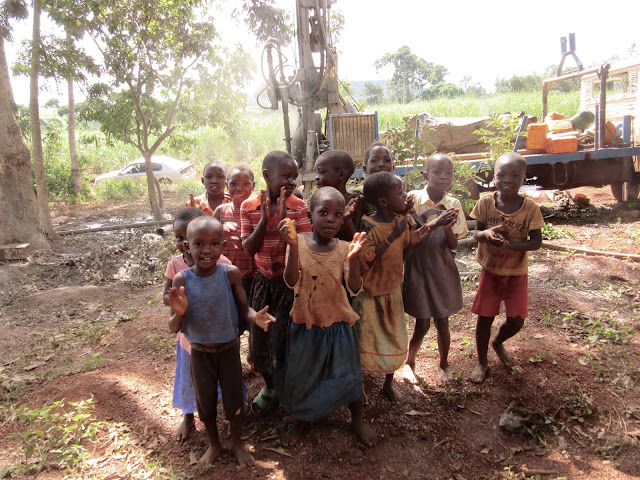 I couldn't resist showing you this picture of the kids dancing as they watched the dirty water turn  clean before their eyes.  Most of their moms were out trying to find food when this happened but next week, at the commissioning, there will be hundreds of people celebrating. 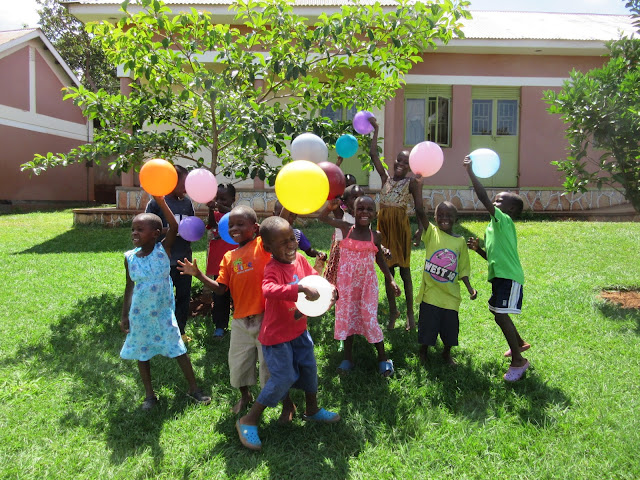 Birthday party time again!!  Somehow I think I'm being tricked into two a year but that's OK.  Just watching them laugh like this makes it all worthwhile.  Thanks again Lottie for providing this party and bringing out all this excitement. 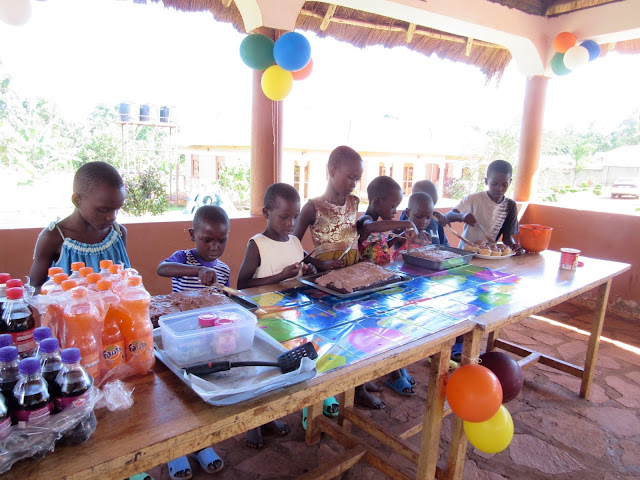 Look at the concentration on those faces.  Little Jimmy (2nd from the right) hadn't smiled since he returned from the burial of his twin brother, but on this day he had a sparkle in his eyes.  Four large chocolate cakes were devoured. 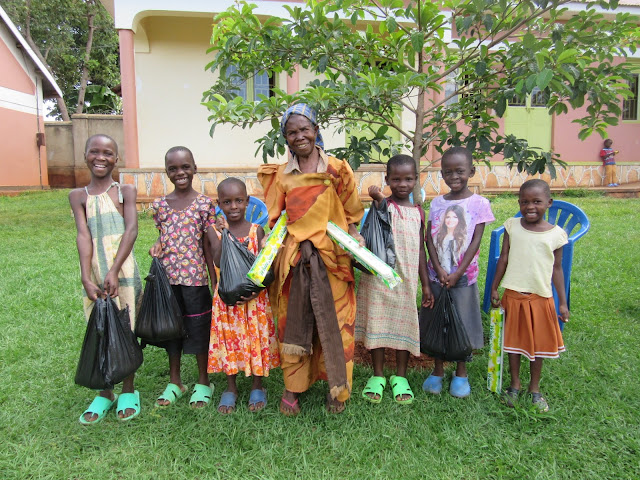 Thank you Gloria for sending money to the Grandma who was starving.  She was thrilled and so were the children being able to hand it to her and see her laugh.  We couldn't give it to her all at once because it would have been dangerous with all the hungry people around us.  We took in small packages every other day. 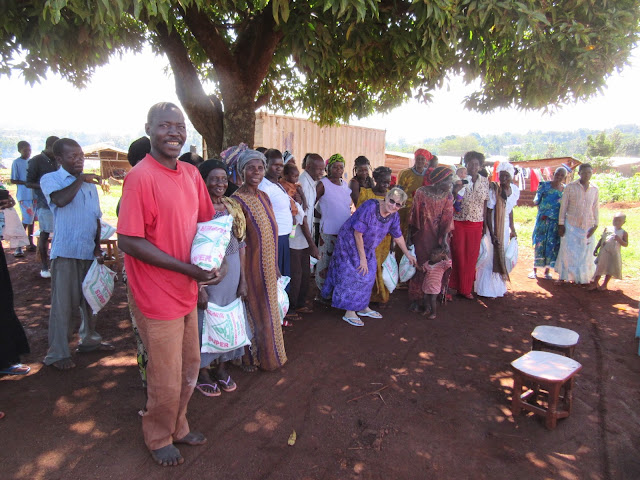 Thanks to another donor, we were able to give 40 families a 5kg bag of rice.  These people are called the slum dwellers.  They've all had their land and homes taken from them by thugs, so they banded together and try to help each other survive.  With no land, they can't plant so we helped them with rice instead. 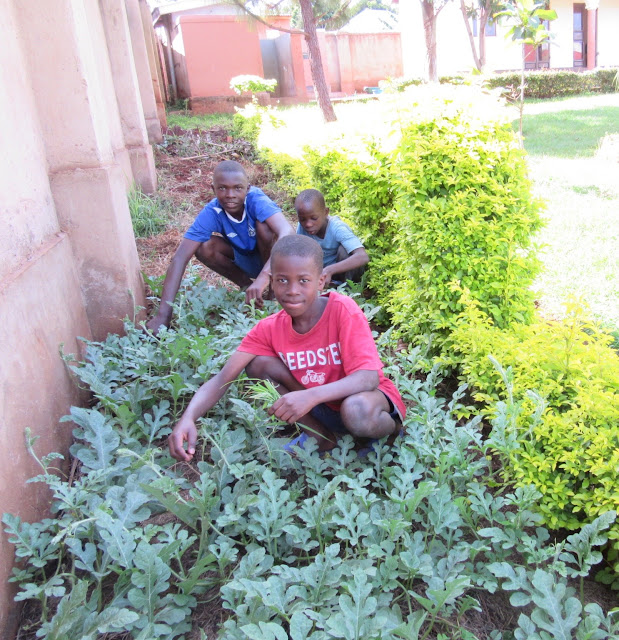 Junior, Sam and Ivan planted a watermelon garden on our property and so proud that there are so many to share with their brothers and sisters. 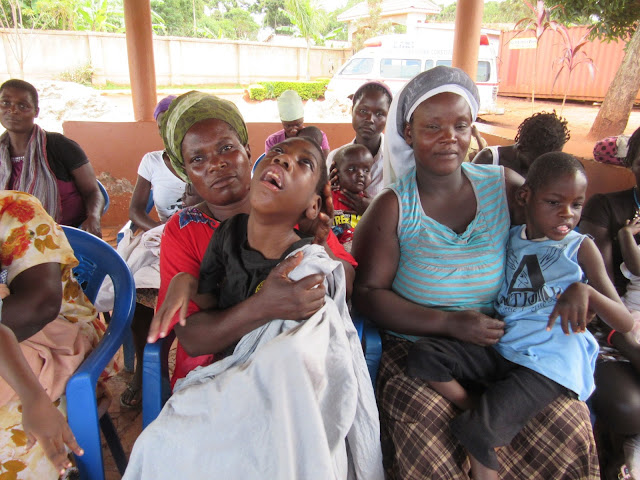 Watching this famine right now is very difficult for Edwin and I.  We had enough funding left from the food donation to be able to also help these people.  They are a group of 20 mothers that gave birth to either mentally or physically challenged children.  All spouses deserted them so they work as a team to survive.  They are continually shunned by the public so to be able to raise food money is almost impossible. 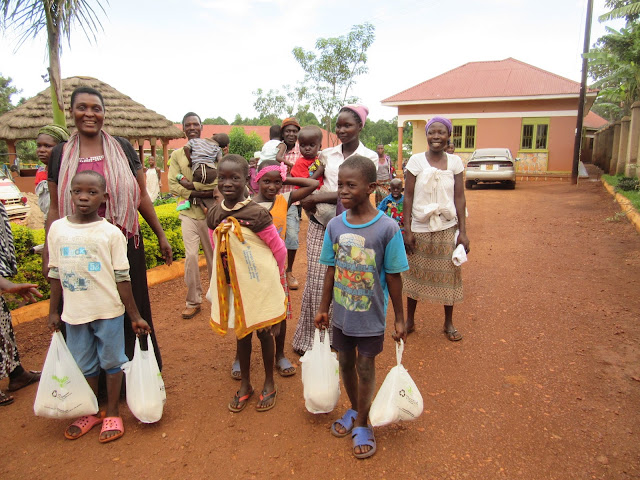 Our children helped these women get the food to their homes because they had to carry their children. 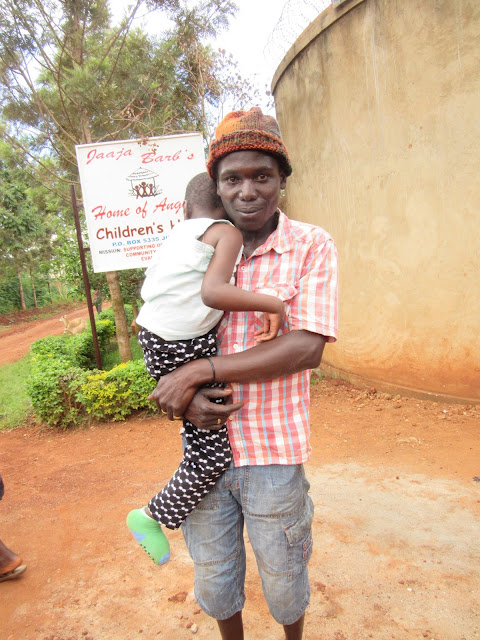 And this is our faithful worker Sula who has been through the good and the bad times with us.  Sula has a big heart for underprivileged children and offered to help a mother carry her child.


I would say that in all the years I've been coming here, this is trip has been the most difficult.  We want to help so much but realize that only God is now in control.  The devastation is too big.  He chose two of the weakest people to go out into this world and make a difference and we are really trying, but it's so difficult.  The people are continually asking us about who this Jesus is and because of the language barrier, Edwin explains.  If we can, we offer them a Bible and we're also thinking of starting Bible classes once a week to help them.

Edwin and I want to thank all of you who continually stand beside us.  We would like to ask you pray for the people here and ourselves as we try to teach and help them.   Thank you so much.